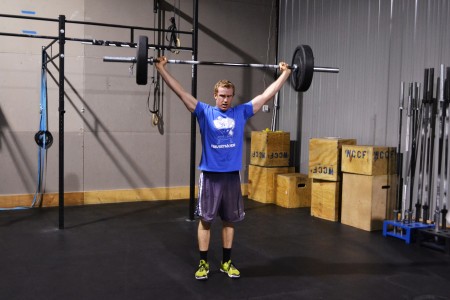 Whole30
Here’s another amazing essay, this time from Cheryl!

Prior to discussing how the Whole 30 has affected my life and Crossfitting, I think it’s important to tell you why I CrossFit. My entire childhood I was heavy. By the time I graduated College I was almost 200 lbs. on a 5 ft. frame. It was at that time that my mother had a massive heart attack and had to be resuscitated 11 times. She was in a coma for two weeks. She was in her late 30’s. She is alive, but damaged from her ordeal. I knew if I didn’t exercise and eat right I was going to be in the same position. I joined a gym and began to eat less, but not better. I immediately dropped 40 lbs in two months and went on to lose weight until I was a very skeletal looking 120 lbs. Now I was on the opposite end of criticism for being too skinny. It was at that time that I began training with today’s reigning world champion in Natural Women’s Body Fitness. My diet was restricted to no carbs, boiled chicken, tuna, broccoli and eggs, eat and repeat. My work outs consisted of all weight training and very little cardio. I was examined daily for water retention and muscle definition. My life became.. Eat..lift…supplements… weigh in everyday. I experienced multiple lifting related injuries including a competition ending injury to my back in 2005 that required surgery with disc removal and metal stabilizers. I returned to body building 4 days after my back surgery after being told that I could never lift or run again (not smart). I continued to work out for 2 hours a day, 6 days a week. Long story made short, I eventually cut down on the weights and added more running and cycling to my routine, ultimately becoming a spin instructor until 2012.

In July of 2012 I joined CrossFit and got my ass kicked. It was the most brutal and humbling training I had ever been through. No amount of training or “fitness” had prepared me for my first WOD and every one thereafter. For the first time I actually learned about fitness and with the first Paleo challenge in September I finally learned to eat right and effectively. It was during the first Challenge that I learned that I had Celiac disease. I felt better immediately after cutting gluten out of my diet and after reviewing past medical records, and visiting my doctor I was officially diagnosed. If it wasn’t for the challenge I would have never known. I had always been a medical mystery. At 33 years old, I had already been diagnosed with Hypothyroidism related to an autoimmune disorder in 2004, and Diabetes Type 2 in 2005. My cholesterol was elevated and no doctor had the answer as to why this was happening. On paper, I looked like a 50 year old 300lb cookie eater. Well, the answer as to why that was happening was gluten and grains. Once I cut those out and continued to eat a strict Paleo diet after the challenge my numbers immediately improved. My diabetes test or HGBA1C went from 6.6 (Diabetic) to 6.0 much improved. Unfortunately my thyroid is permanently damaged but I need less medication now. My cholesterol improved substantially. My doctor was in disbelief. I was feeling amazing after switching to Paleo.

Fast forward to Whole 30, my one vice was alcohol. At home it was wine…2 glasses nightly. When I went out it was shots of Jameson and Patron until someone passed out…usually me…poor Chris. I started Whole 30 a week early because I knew that I needed to stop immediately, and had to adjust to losing my friend…Robert Mondavi. The first week I almost went nuts. My nightly relaxation ritual was all screwed up. I was anxious and crabby. However, sure enough each week it got easier. I am now 5 days out from my 30 day challenge and I have not had alcohol in any form. I don’t crave it, I don’t think about it. I actually don’t even want to drink. I would rather have club soda and lime.

Health wise as of two weeks ago I am no longer diabetic. My numbers are now 4.6, just like every other non-diabetic person. My thyroid medication is at its all time low, and I just saw a cardiologist and he told me with my numbers and cholesterol being so good and with CrossFit. I don’t have to worry about having a heart attack like my mother. I have also made what I consider to be serious progress in my WOD’s. I can finally do unassisted pull ups and Toes to Bar. I had been working on this unsuccessfully since July. My WOD weight has improved, although I’m sure Erik, you will say I can do more. My times are a bit better, and I don’t feel like I got hit by a bus after round 1…we won’t talk about the last round.

In closing, I can say with absolute confidence, as a Medical Provider that Paleo saved my life. I can also say CrossFit is a large part of that. Our house has been completely Paleo since September, and I continue to research our food, and where we can buy the highest quality, sustainable meats and vegetables. I immerse myself most nights in paleo literature and CrossFit journals, including medical /nutrition journal studies on grain and gluten to better educate myself and others about the health benefits of Paleo and Crossfit. It only took 14 years of working out to finally learn how to eat and exercise effectively. As we all know…..I don’t catch on too quick, but watch me go when I do.

WORKOUT OF THE DAY